I came in touch with Ghost on one of the countless “X best blogging platform” sites. I can’t find the actual link again, but it was especially about how distraction free you could write your blog posts with those platforms. Ghost seemed to be nice, but it was not love on first sight. It also costed a monthly fee to use it, about 10 USD.

Time flew by and some weeks later (actually last friday night) I came across Ghost again. But this time I noticed that there was not only the fee-based service, you could also host Ghost for yourself on your own server. I also noticed that Ghost was open source and was crowdfunded. Especially the open source and crowdfunding aspect added some extra sympathies for me.

Now I was curious of how Ghost would look like and how it feels to write with it. I noticed there was the possibility to test the fee-based version of Ghost (Ghost Pro). Why not? I set up my account and started a test ride.

I was quite surprised how clutter free the backend was. There were just quite a few settings. Starting to write a new blog post was one click. And then I fell in love: Native Markdown support! The site was divided in a left and right part. In the left part you write your Markdown syntax. In the right part you see the translated result. Live. As you write.

Now I fell in love … But before I decided to give it a chance I started some research on blogs that where using Ghost. Those where quite a lot. I also noticed that there where lots of themes that seemed to be easy to install and maintain.

So far there was nothing negative to say except that I would have to spend some time and money on the hosting thing. But I had some experience with linux servers from my job. I also knew how to get Ghost up and running, because it is based on Node.js. I knew Node.js from one of my previous pet projects. But the costs of hosting made me bother a litte. Hosting should be less expensive than the Ghost Pro service. But even if it was equally expensive, this would be okay, because I could use the server also for other projects of mine.

Now I started some research on how to get Ghost up and running. In the next blog post I will write about how I searched for a hosting solution. As you will notice, I was quite a bit wrong in the first place. 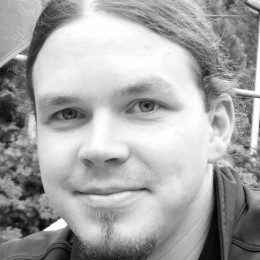